The City of Jefferson is the county seat of Marion County, Texas, north of Marshall and south of Linden. Nearby are the communities of Uncertain and Karnack.

Jefferson became a port of entry into the Republic of Texas and then the State of Texas. It was a major shipping port for agricultural products, especially cotton. Obstructions were removed from Big Cypress Bayou in 1845, allowing steamboats to reach Jefferson from New Orleans. Jefferson’s "Golden Era" as a steamboat port lasted from 1845 until 1875.

Attractions and Things to Do in Jefferson

Today, Jefferson is a tourism center, with popular attractions including Jay Gould's railroad car, the Jefferson Historical Society Museum, Sterne Fountain, the Jefferson Carnegie Library, Excelsior House, and the bayous formed by Big Cypress Bayou located in and around the city.

A trip to Jefferson is a journey back through time to a bustling 19th century riverport. Jefferson is a great locale with antique shops lining the original brick streets, horse-drawn carriage tours, and boat trips down the bayous and around Caddo Lake.

This pre-Civil War town with its scenic streets, charming restaurants, quaint bed & breakfasts, and picturesque landscapes is the perfect setting for weekend getaways, weddings or other trips and events.

Shopping is always a popular event in Jefferson! Visit local boutiques like Made in the Shade at 118 E. Henderson Street, and the nearby Art on the Bayou Gallery.

On nearby Caddo Lake, ride Captain Ron's tour boat into the nearby swamps and paddle the kayak and canoe trails at Caddo Lake State Park.

Another popular water adventure is Turning Basin Riverboat Tours. The bayou tour takes about one hour and is mostly a narration concerning the history of Jefferson in regard to the steamboat business from here to New Orleans, information about area trees, plants and wildlife along the bayou and whatever other subjects that may pop up. The tours do not stick to a prepared script or recite a memorized speech. Each tour guide does his or her own research and puts together their own style of guiding. 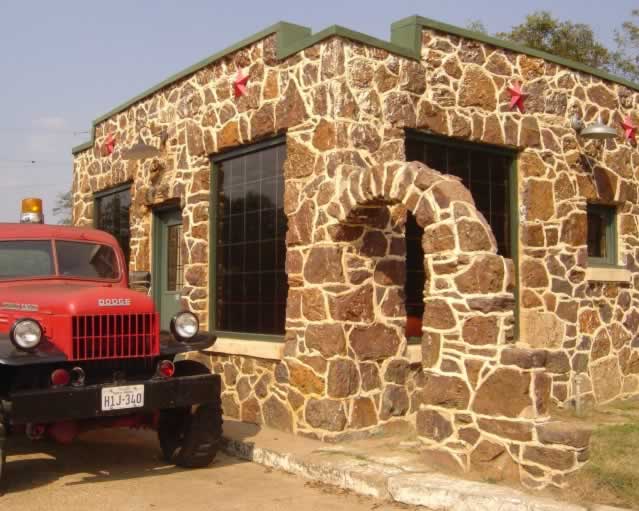 For those visitors with recreational vehicles, check out the Diamond Don RV Park and Jefferson Ice Express and RV Park.

Map Showing the Location of Jefferson in Upper East Texas 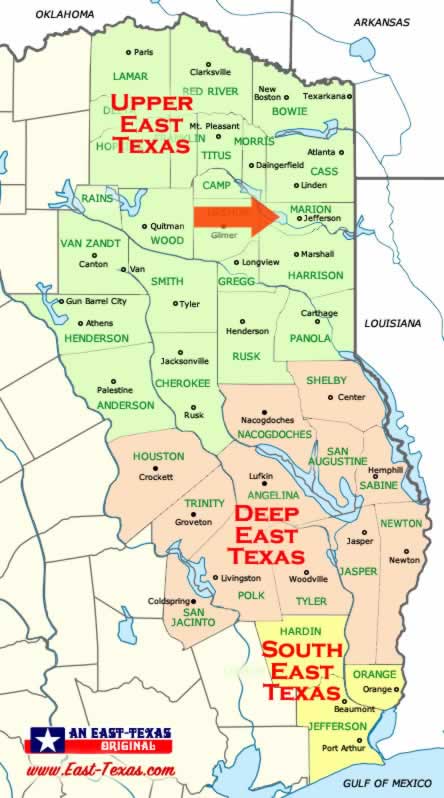 Other East Texas Attractions and Things to Do

While visiting the Jefferson area, you may want to take other interesting day trips in several directions around East Texas: