The railroad has played an important part in the history and development of Texas over the years. Companies like the Texas & Pacific Railway and the Cotton Belt Route were dominant transportation giants in the area.

Today, interest in railroads remains high with residents, and tourists, as witnessed in August of 2021 with the tour of the Union Pacific 4014 "Big Boy" train through Texas.

Included on this page are highlights of some of the more popular railroad museums, train rides and historic railroad depots across Texas, with an emphasis on East Texas.

Whether you are touring in East Texas, North Texas, West Texas, or elsewhere in the State, there are many interesting railroad displays to explore!

The mission of the Atlanta Historical Museum is to institute and encourage historical inquiry, to collect, preserve and exhibit material of history and to spread historical information, especially as it pertains to the City of Atlanta in East Texas.

The permanent exhibits include a diorama depicting the Texas and Pacific Railway as it would have appeared between 1890 and 1910. It also features an array of local items depicting the development of commerce in Atlanta between 1850 and 1950.

The Museum is located at 101 N. East Street in Atlanta in the former Texas & Pacific Railway depot. Phone 903.796.1892 for more information. The building also houses the Atlanta Area Chamber of Commerce. 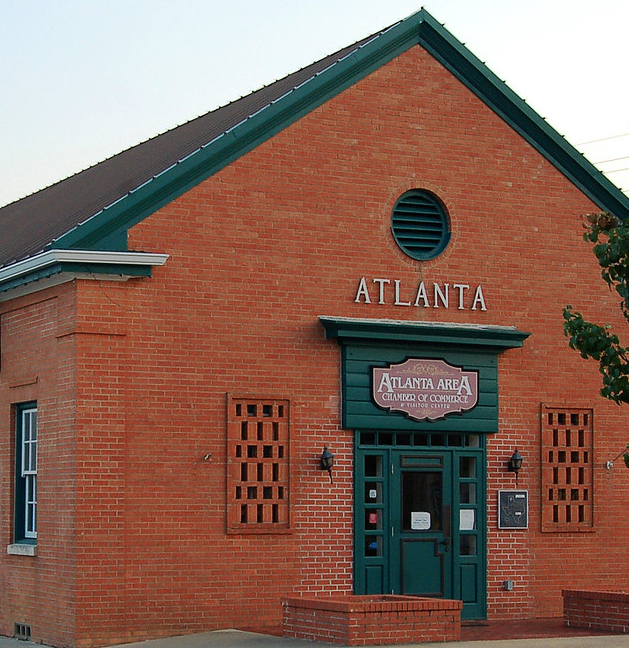 No other railroad in the United States has retained its historical equipment and honored its past as much as the Union Pacific. The preservation of its fleet speaks to the high value UP places on its heritage and its role in America's history. The fleet itself dates back to 1912, but most of the passenger cars are closer to a half-century old, built during the height of passenger train travel. Each car is unique and chronicles a different chapter of Union Pacific's past.

The Union Pacific Railroad built twenty-five of the massive 4-8-8-4 steam locomotives early in the 1940s. The locomotives were 132 feet long and weighed 1.2 million pounds, and served primarily on the route from Cheyenne, Wyoming to Ogden, Utah. Because of their great length, the frames of the Big Boys were articulated to allow them to negotiate curves.

The engines were originally going to be called the "Wasatch" series, but a worker at the locomotive works wrote "Big Boy" in chalk on the front of one ... the name stuck!

Only eight of the "Series 4000" engines survive today, and only one, 4014, is operational. Union Pacific also operates Northern No. 844, with its 4-8-4 configuration, the last steam engine built for the railroad.

The UP excursion train pulled by 4014 left Cheyenne, Wyoming on August 5, 2021. It traveled south through Fort Worth, Waxahachie, Hearne and down to Houston. After a visit to New Orleans, it headed north to Shreveport, east to Marshall and north again up to Jefferson on August 25. After stops in Texarkana, St. Louis, Kansas City, and Denver, the route took it back to the steam shop at its home in Cheyenne on September 7, 2021. Read more about Union Pacific heritage

We had the thrill of watching it and hearing the sounds of the engine and its whistles three different times on the segment from Marshall up to Jefferson!

When we saw the train, the engine was pulling 12 cars, some of which are shown below. The last three cars on the consist were removed in Kansas City, for movement to their home base in Council Bluffs, Iowa: UPP 9005, Walter Dean, dome lounge; UPP 5011, City of Denver, diner lounge; and UPP 119, Kenefick, business car.

Also included in the consist was UP 4015, an EMD SD70M, for backup power and dynamic braking.