Flint is an unincorporated community in Smith County Texas, and is about 11 miles south of downtown Tyler.

It is located at the junction of Old Jacksonville Highway (2493) and farm roads 2868 and 346, and lies just south of Gresham and four miles north of Bullard. To the west of Flint is located the Noonday community.

This page is an online resource for Flint business, tourism, hotels, shopping, attractions, maps, and recreation. It provides information for newcomers, visitors, and long-time residents.

Today, Flint is experiencing exponential growth as a "bedroom community" for Tyler, and the successful location of new businesses.

A number of businesses are located in Flint, including Northland Communications which provides television cable, Internet and phone services. A Chevron station and convenience store and other businesses provide the needs of the local community. Nearby are the offices of WRL General Contractors.

Our favorite birding supply in the Tyler area has long been Rubicon Wild Birds and More. We always enjoy shopping there, and learning from their birding workshops. Their new location is 17968 FM 2493 #142, Flint, TX 75762. The store is located between Gresham and Flint on the west side of Old Jacksonville Road. For more information, phone Rubicon at 903.954.2518.

Kactus Kate's Mercantile opened in January of 2015 next to the fire station in Flint. Kathy Watkins and her two daughters Tiffani and Heather operate the store featuring treasures they've found around the country. Some of the inventory includes rustic, western-themed furniture and unique items for home decorating projects.

Flint Gypsies opened next door to Kactus Kate's in February of 2015. It features an array of trendy western clothing for children, teens, women and plus sizes, as well as jewelry, purses and other accessories.

Among the other businesses located in the Flint area are the Flint Veterinary Clinic is just north of the intersection, Long's Irrigation Company on FM 346 just east of town, and Wells Marble Company to the south on 2493. 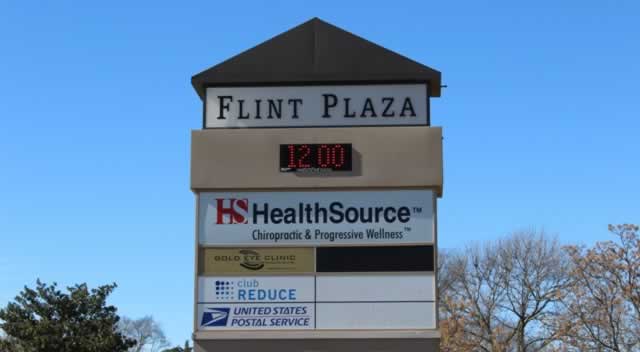 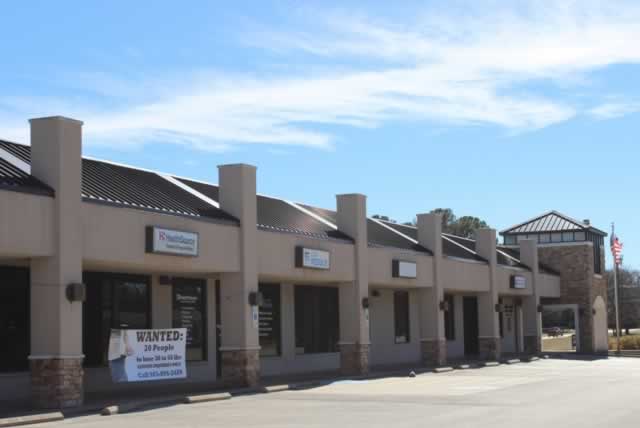 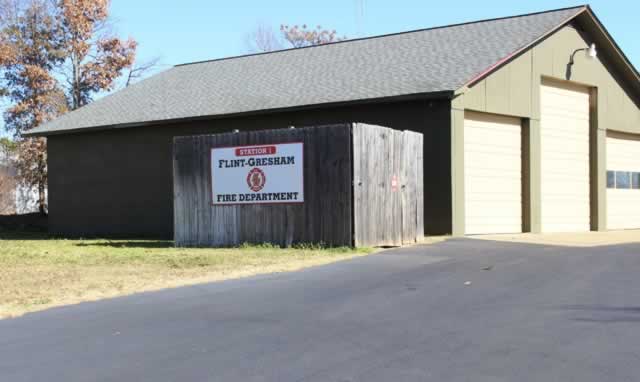 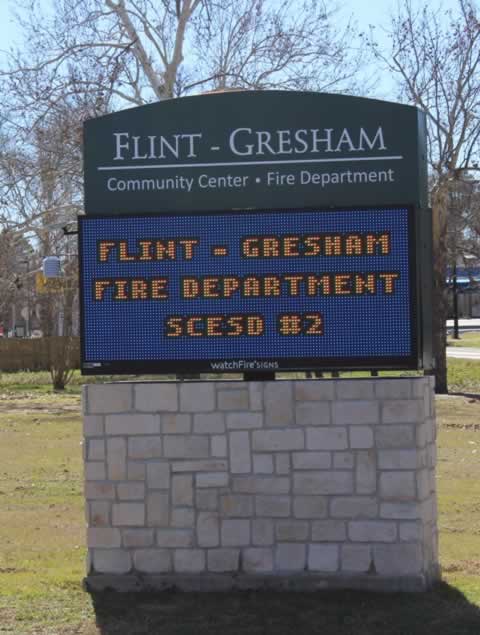 Construction began in the Summer of 2018 by TxDOT for the five-laning of two miles of Old Jacksonville Highway (FM 2493) from Gresham to FM 346 in Flint. Improvements include widening the road from two to four lanes, with a center turn lane, at a cost of $14 million. The project was completed in the summer of 2021.

Another project, still in the planning stage, will involve the widening of six miles of FM 2493 from Flint to past Bullard at its intersection with U.S. 69.

The Flint area has a number of new, exciting real estate possibilities, and subdivisions.

The area also features great opportunities for homebuilding in residential subdivisions, on area lakes, golf communities, and on ranch properties and wooded sites in Cherokee County as well as Smith County.

New home developments in the Flint area are shown below. The list includes gated communities as well as those that are publicly accessible.

Map of Home Developments in the Flint and Tyler Texas Area

Nearby Tyler offers a variety of hotels, motels, inns, extended-stay suites, RV parks, and other accommodations situated near the major tourist, business, shopping, and medical centers of the city.

RV Parks in the Flint and Tyler Texas Area

The Tyler area features a number of RV parks in all parts of the city, and in all directions from the city. Listed below are a sampling of parks available to RVers near Flint:

AOK RV Park and Campgroud, east of Flint on FM 346 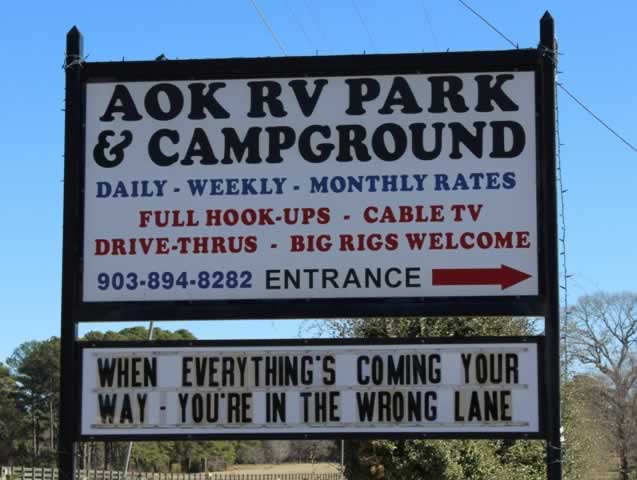 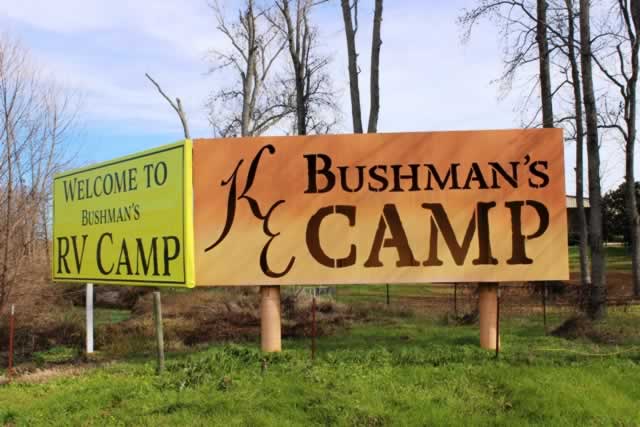 The area surrounding Flint offers a great variety of tourist attractions and things to do, for both residents and visitors.

Just south of Flint, in Bullard, is the American Freedom Museum located just a few blocks from downtown Bullard on the Brookhill School campus. The Museum contains 15,000 sq.ft. of galleries showcasing a collection of over 600 artifacts and documents about our nation’s history.

For golfing enthusiasts, the Peachtree and Oak Hurst Golf Courses lie just south of Flint. More golfing is available at Eagles Bluff and Emerald Bay, both west of Flint.

Nearby Flint is Moore Farms, a fun place to visit for all ages of the family year round.

Also of interest is the Dewberry Plantation, dating to 1854. This historic home is listed on the National Register of Historic Places and registered as a Texas State Historical Landmark.

South of Bullard near Jacksonville is the Cherokee Trace Drive Thru Safari, a wildlife park that is home to an amazing variety of wildlife. See over a dozen exotic and endangered species that thrive in an open habitat similar to their native territory. At your own pace, enjoy a self-guided drive through the hills and open savannahs of this 300-acre preserve.

For those interested in riding horses, a visit to Tarrant Ranch in Mt. Selman, south of Bullard, is recommended. The ranch is one of the few properties in Texas that has been under continuous ownership and management by members of the same family for more than 160 years. This is a perfect place to bring school group, your riding club or family for a quiet, inexpensive getaway.

In the Piney Woods Section of East Texas, there are over 30 lakes offering a variety of outdoor sports for vacations or weekends, including Lake Palestine and Lake Tyler.

Lake Tyler and Lake Tyler East, situated adjacent to each other and connected via a canal, are located just east of Tyler, Texas. These are the largest lakes in the Tyler area in addition to Lake Palestine. The two lakes cover nearly 5,000 surface acres and serve as the major water supply source to the Tyler metro area.

Lake Palestine is located about 15 miles southwest of Tyler, Texas, on Texas Highway 155, and resulting from a dam on the Neches River. It has a surface area of 25,560 acres, and was completed in 1962.

Attractions and Things to Do in Nearby Tyler

A highlight of each spring season in East Texas is the 10-mile long Tyler Azalea Trail guiding visitors through neighborhoods of quaint brick streets, historic homes, and residential gardens filled with blooming azaleas, dogwoods and tulips.

Tyler is known as the Rose Capital of America, and is home to the widely recognized Tyler Rose Garden. This is the nation's largest municipal rose garden, listed in Livability's top 10 most inspiring gardens in the USA.

Tyler is also the site of the annual Texas Rose Festival.

The new planetarium at Tyler Junior College has become a "don't miss" Tyler attraction. The planetarium features exhibits such as "Tales of the Maya", shows like "Astronauts" and "East Texas Live Skies", and the 1,500 pound Brenham meteorite.

Tyler offers a number of first class museums, such as the Tyler Museum of Art, the Goodman-LeGrand home, and the Cotton Belt Depot Museum.

While in today's marketplace there are shoppers who prefer the convenience of online shopping, many others enjoy the friendliness and selections of local shopping here in Tyler and East Texas.

Shopping in Tyler spans the marketplace, from national retail giants such as Kohl's and Dillard's, to local eclectic, specialty boutiques.

And for a fun shopping adventure near Tyler, visit the world famous First Monday Trade Days in Canton, the ultimate flea market in the entire U.S.A.

Shopping opportunities in Tyler multiplied when The Village at Cumberland Park, located at the intersection of South Broadway Avenue and Toll 49, opened its first phase of stores. Upon completion, the project will cover 80 acres and contain over 700,000 SF of retail, services, restaurants, and entertainment in a vibrant, contemporary, and pedestrian friendly outdoor setting.

The original town site, named for local landowner Robert P. Flynt, became a stop on the Kansas and Gulf Short Line Railroad in 1882. The post office began operations in 1887 as "Flint" since the local postmaster misspelled the town name on the post office application form.

In 1890 Flint had grown to have a general store, three cotton gins, a physician, and a population of twenty-five. By 1902, 100 families were engaged in truck farming, and shipped 85 railroad cars of tomatoes and large amounts of cabbage, cantaloupes, and peaches.

The town supported a blacksmith shop, a telephone exchange, a telegraph service, two mercantile companies, a cotton gin and gristmill.

By 1914 local farmers shipped record amounts of nursery stock, fruit, and tomatoes from Flint, and the town had six general stores, a bank, and a newspaper, the Flint Weekly Reader. The Great Depression greatly injured the business of the area.

On July 1, 1899, operations of the rail line through Flint was assumed by the St. Louis Southwestern Railway Company of Texas, commonly known as the Cotton Belt Route. The rail line is now abandoned, but its route through Gresham and Flint is still visible.

Abandoned Railroad from Tyler, through Gresham and Flint, to Bullard and Lufkin 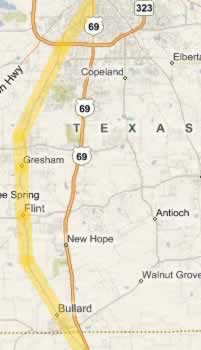 Those of us that have made the trip down Old Jacksonville Highway, heading south from Tyler to Bullard, have noticed the abandoned railroad right-of-way on the west side of the road. The rail bed is still visible in 2023 in Gresham, Flint, and in downtown Bullard.

The Kansas and Gulf Short Line Railroad Company was chartered in 1880, to connect Tyler with Sabine Pass in Jefferson County. In 1881, the company acquired the property and franchises of the Rusk Transportation Company and its 17 mile line between Rusk and Jacksonville. Part of the roadbed of this company was utilized by the Kansas and Gulf Short Line during the construction of its line between Tyler and Rusk, which was completed on December 12, 1882. The remainder of the line, about 44 miles between Rusk and Lufkin, was completed about July 1, 1885, giving the company ninety miles of mainline, narrow gauge tracks between Tyler and Lufkin.

On April 29, 1887, the company was sold to the St. Louis, Arkansas and Texas Railway Company. Both companies entered receivership on May 13, 1889 and were subsequently sold at foreclosure to Louis Fitzgerald. Fitzgerald conveyed the former Kansas and Gulf Short Line to the Tyler Southeastern Railway Company on January 13, 1891.

The Tyler Southeastern Railway Company was chartered on January 12, 1891, to acquire and operate the Kansas and Gulf Short Line Railroad Company, which it converted to standard gauge track by September, 1895. In that year the company owned eight locomotives and 198 cars and reported passenger earnings of $38,000 and freight earnings of $86,000.

On July 1, 1899, operations of the Tyler Southeastern were assumed by the St. Louis Southwestern Railway Company of Texas, which merged the company on October 6, 1899.

This line, commonly known as the "Cotton Belt", continued to encourage and support the growth of East Texas, including helping farmers convert to a tomato crop after a blight destroyed the peach industry.

In 1926, tomatoes become the area's cash crop with over 8,000 acres being grown. Jacksonville is still known as the Tomato Capital of the World. In 1932 the Southern Pacific purchased controlling interest in the Cotton Belt.

Today Legacy Trails is open, starting at Three Lakes Parkway near FRESH by Brookshires, and proceeding south to Gresham, using sections of the old Cotton Belt railroad route along with city-owned right-of-way and utility easements along Old Jacksonville Highway.