While the City of College Station lies a bit to the west of what is normally considered "East Texas", we have personal ties there, and have visited on a number of road trips. It is really "just west of East Texas", and is home to about 120,000 residents.

The city lies about 95 miles northwest of Houston, 105 miles northeast of Austin, and 53 miles west of Huntsville on I-45. It is located on Texas Highway 6 and near US Highway 190.

Just to the north of College Station is the City of Bryan, with over 86,000 residents. Bryan is the county seat of Brazos County.

The Bryan-College Station metropolitan area has a population of over 250,000.

The Houston & Texas Central Railway arrived in the area in 1860, and in 1876 the site was selected at the home of the new Texas A&M College. In 1877 the "College Station" post office was established. Today, the railway still runs through Bryan, College Station and the Texas A&M campus.

The College Station and Bryan area offers residents and visitors a wide variety of attractions and things to do. With its mild climate, it is a year-round destination.

From art galleries and museums to Grand Station Entertainment, Historic Downtown Bryan, the George Bush Presidential Library and Aggieland Wild Animal Safari, there is something of interest to everyone. Music events, breweries and sporting complexes are always popular.

And don't miss the Benjamin Knox Gallery, the Old Bryan Marketplace and the Brazos Valley Museum of Natural History.

Annual events attract many visitors, including Texas A&M football games in the fall and Santa's Wonderland in the winter.

Journey a few miles south to Brenham and enjoy bluebonnets in the spring, the campus of Blinn College, and tour the Blue Bell Creamery.

With a huge selection of hotels and restaurants, the area is a favorite tourist destination for all of Texas.

Texas A&M University is a unique institution in the higher education landscape, recognized in many different ways for its combination of excellence, affordability, and ability to develop leaders of character who have an impact on the state, nation, and world.

It was the first public university in Texas, and one of only two flagship universities in Texas. The university has been a member of the Association of American Universities since 2001. Today, the campus in College Station covers 5,200 acres.

With its rich history in agriculture education, students are known as "Aggies", and the school is commonly called "Aggieland".

The Texas A&M Corps of Cadets, (the Corps) is the largest, oldest and most visible student organization and leadership training program at Texas A&M University.  It is one of the largest uniformed bodies of students in the nation that provides hands-on leadership experience, enhances a world-class education from Texas A&M, and directly involves cadets in the traditions that make Aggieland so different from all other schools. Today, the Corps of Cadets is made up of about 2,300 Texas A&M students.

The phrase "Gig 'em" and thumbs-up gesture are a universal sign of approval for Aggies and identify an Aggie or an Aggie fan. Usually done with the right hand, the Gig ‘em sign also showcases the Aggie Ring, which is traditionally worn on that hand.

Aggie upperclassmen and graduates will often say “Whoop!” as an expression of approval or excitement. It is most often used at the end of an Aggie yell. Underclassmen are not supposed to say the word until they have reached either junior or senior status.

“Howdy” is the official greeting of Texas A&M. Students greeting one another — and especially campus visitors — with a “howdy” has earned the university a reputation as the friendliest campus in the world. The origins of this tradition are unknown, but it is one that Aggies proudly continue.

While the main campus is in College Station, the Texas A&M System has other campuses in Galveston, San Antonio, Commerce, Kingsville, Corpus Christi, Texarkana and other locales.

Read more at the Official Website of Texas A&M 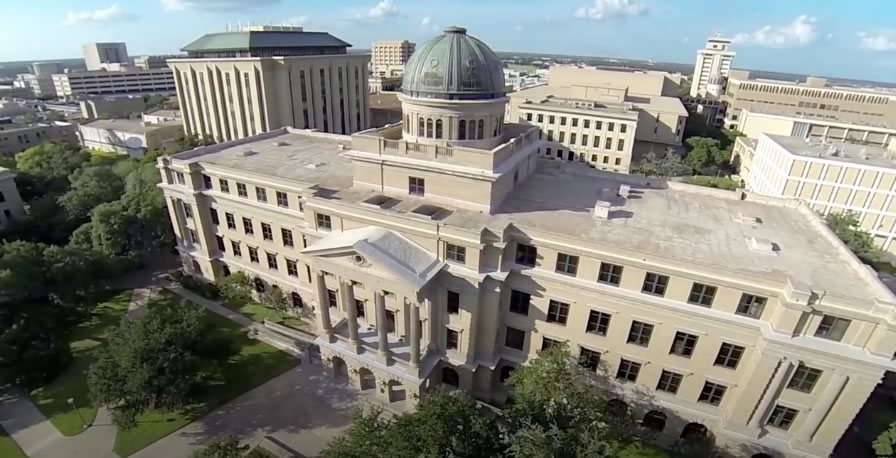 Texas A&M’s Kyle Field has been the home of the Aggie football team since 1905.

Over a two-year span (2014-15), Kyle Field underwent one of the largest and most extensive redevelopment project in the history of collegiate athletics. The redeveloped Kyle Field features an expanded seating capacity of 102,733, making it one of the five largest stadiums in collegiate football. The $485 million redevelopment was completed in two phases and made its debut for the 2015 season.

Kyle Field was named for Edwin Jackson Kyle, who served as Texas A&M’s dean of agriculture and athletic council president.

The grounds feature the Bush Family Gravesite, and the "Day the Wall Came Down" sculpture.

It is located on the campus of Texas A&M University at 1000 George Bush Drive West.

For details and information about opening dates/times, visit the Website of the George Bush Presidential Library or phone 979.862.2253 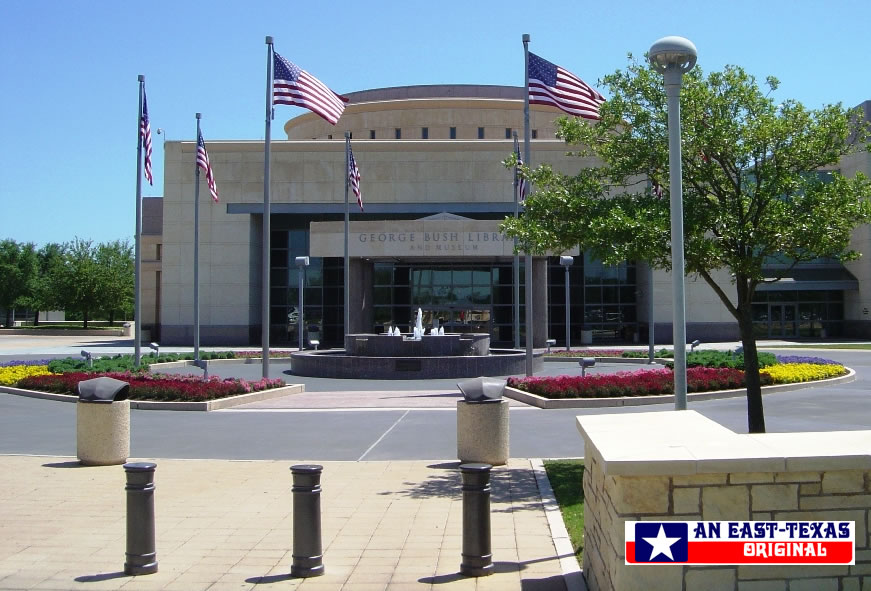 Veterans Park & Athletic Complex is both a premier athletic facility and a memorial in Bryan College Station. This complex was built to honor veterans of the Brazos Valley and serves the community well by hosting sports events and tournaments. This space is ideal for sports including baseball, football, lacrosse, soccer, softball, ultimate Frisbee and rugby.

This premier athletic facility has 11 athletic fields, 5 softball fields and pavilion. It is located at 3101 Harvey Road.

Along Veterans Park Loop are life-size sculptures of American soldiers who fought and defended our country through various wars and conflicts.

Santa's Wonderland features a large variety of events and things to do, such as hayrides, Santa's Cottage, Texas-sized gingerbread villa, Lone Star Lane, the nightly Texas snow, a petting zoo and much more!

For details, ticket information and opening dates/hours, visit the website of Santa's Wonderland

Post Oak Mall in College Station features 120 stores on an 97 acre plot of land, and is the only super regional shopping center within a 75-mile radius.

The mall has a variety of retailer and dining options.

It is located at 1500 Harvey Road at the intersection with Texas Highway 6. For details and a listing of stores, visit the Post Oak Mall - Official Website.

College Station and Bryan have numerous motels, hotels, B&Bs, and other lodging. Included below are hotel and restaurant resources, with traveler reviews at TripAdvisor.

Seen on Side Trips from College Station